Everyone has more-or-less accurate opinions where their fellow citizens tend to frequently speed.

Because people's opinions are biased, we present The Data - using Mireo SpaceTime Roadway Analytics, we've detected the infamous Zagreb speeding hotspots, specifically the ones in which drivers speed more than 30 km/h above the posted speed limits.

Over the years, an abundance of work was undertaken to address why people speed, such as:

The somewhat controversial opinion is that the root cause of speeding in most places is a fundamental disconnect between a design speed and posted speed limits. On some roads, drivers naturally, of their own accord, respect the speed limits, while on other roads, speeding is more a rule than an exception.

What do these speeding hotspots have in common?

By Croatian laws, the maximum allowed speed on highways is 130 km/h, and it's decreased to 80-100 km/h on the intersections and to 40 km/h on highway ramps.

Therefore, drivers merging or exiting highways have to significantly slow down to obey the speed limits. 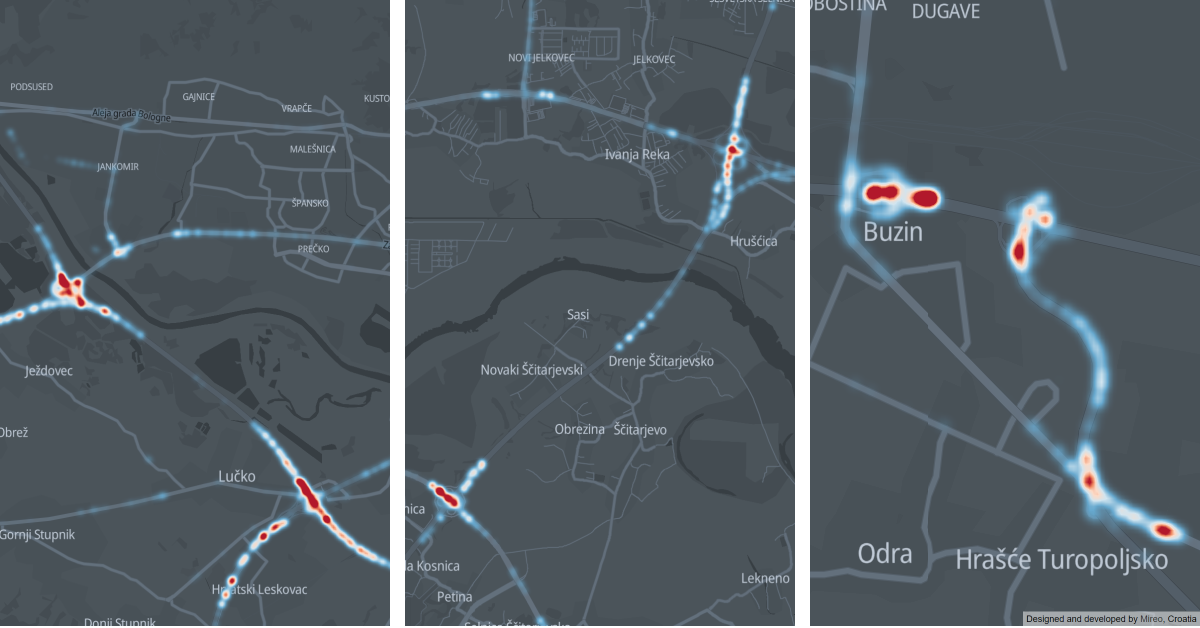 Perfectly reasonably expected, straight, wide, and long road segments lure the drivers into putting the pedal to the metal, corresponding to the theory of the false security behind the speeding behavior. 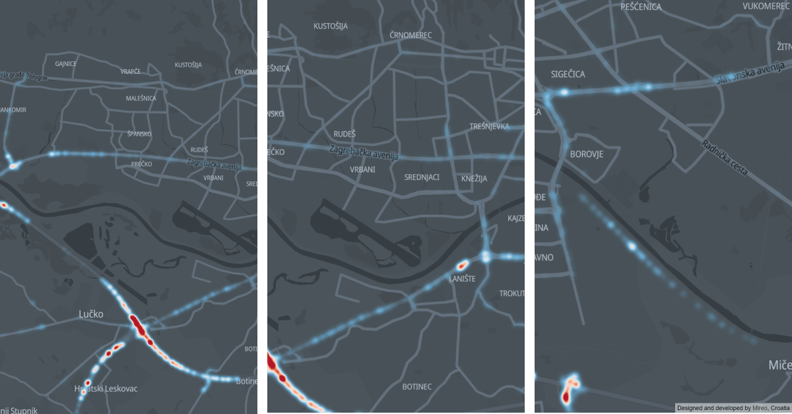 Croatian road authorities tend to lower the speed limits by at least 10 km/h around traffic lights, on subways (underpasses), and flyover (overpass) ramps.

These sudden changes in posted speed limits appear to be unnoticed or completely ignored because the segments typically short (a couple hundreds of meters). 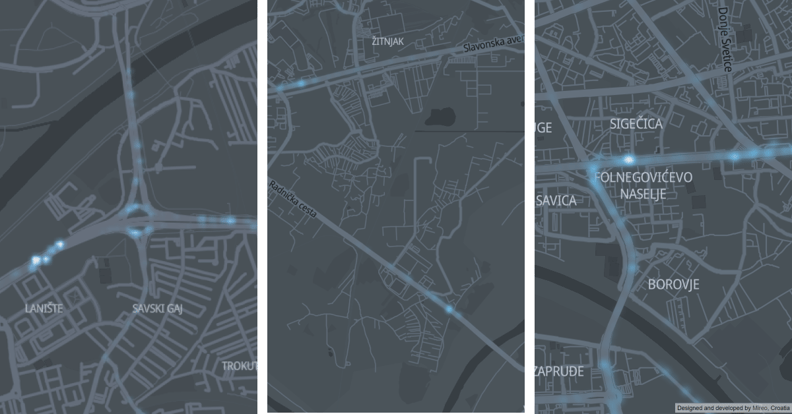 Evidently, there's a "consensus" among drivers for speeding, most probably due to the road infrastructure. In such places, drivers perceive the sped limits as inadequately set and don't have the incentive to obey them.

How we did it?

We took historical GPS driving data from vehicles of mixed types from the proprietary GPS tracking solution, matched them precisely to the road network, and precisely reconstructed their speeds.

We then divided the wider Zagreb city area into 40x40 m squares and counted the number of occurred speeding events in each square.

Finally, we've identified the squares with the highest number of speeding events.

If you're intrigued to explore similar analyses of driving patterns, we suggest you explore the 200.000 vehicles interactive Mireo SpaceTime demo.

Mireo SpaceTime is a set of technologies curated to facilitate vehicle data monetization and significantly improve the existing ones.