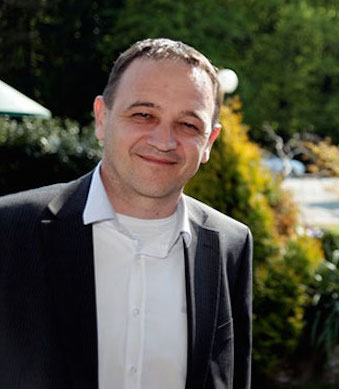 Nobel Prize winner William Vickrey first proposed in 1952 that New York City subway system could increase travel fares in peak times and lower them in others to reduce congestion. Vickrey, who's today considered the father of Congestion Pricing, extended the proposal later for road pricing. Back then, New York's elected officials decided not to apply the proposed schema for subways because they considered it too risky and there was no proper technology to support it.

Professor Vickrey's idea came from game theory. He considered time-of-day pricing as a classic application of market forces to balance supply and demand. Those who are able can shift their schedules to cheaper hours, reducing congestion, air pollution, and energy use -- and increasing the use of roads or other utilities (see William S. Vickrey: Practical Economic Solutions to Urban Problems). What's far from being obvious here is that congestion pricing actually increases traffic flow, not decreases it, because traffic is spread more evenly over time.

More than 65 years later, Dirk van Amelsfort and Viktoria Swedish published "Introduction to Congestion Charging, A Guide for Practitioners in Developing Cities." They intended the guide for policymakers interested in congestion charging as a potential policy to mitigate congestion in cities. Amelsfort and Swedish's guide is a congestion pricing handbook that explains the details of the congestion charging implementation process. Guidelines from the guide result from scientific work and implementation experience collected along the years from Vickrey's original proposition all the way to modern days.

Only a handful of implementations

An obvious puzzle here is why, almost 70 years after Vickrey's proposal and the enormous amount of research on the subject, we have only a few implementations of congestion pricing schemas: Gothenburg, London, Milan, Rome, Singapore, Stockholm, and few other cities with partial or experimental implementation?

First, for most people, the cost of the charge would be slightly higher than the improvement in travel time, and consequently, many car drivers regard charges as an additional tax. Many people tend to believe that congestion pricing may not work at all, many have privacy concerns, and so on.

Second, the technology needed to implement variable-rate congestion pricing was, and still is, not fully ready. Except for the latest improvements in Singapore, all current implementations charge car drivers a fixed price for entering the congestion zone. A fixed pricing scheme is certainly not wrong, as evidence from these cities already shows enormous gains in traffic volume reduction, increased travel times, and increased travel speeds. However, fixed pricing equals the assumption that the traffic within the congestion zone is always high and needs "balancing," which prevents optimal use of roads within the zone. Variable-rate pricing, on the other hand, requires sophisticated technology able to measure what's called "the marginal social cost of each trip in terms of the impacts on others."

Measuring precisely the marginal social impact of each additional vehicle on the road is impossible. However, it is not necessary to measure the social impact with that high level of precision - the average road travel time may be used as a simple proxy.

The "demand" for a road varies over time. Variable-rate congestion pricing means that the price for using a road depends on "demand." The higher the demand, the higher the price and vice versa. Higher price results in smaller demand, which means that variable-rate pricing can be used as a balancing tool for regulating the traffic volume on the road. The important thing here is that variable-rate prices have to follow the (non-linear) increase in travel time as the number of vehicles on the road increases because the change in travel time is precisely the marginal social cost of increased traffic volume on the road.

In an ideal (mathematical) scenario, the variable-rate pricing scheme would therefore continuously change prices on every road in the congestion zone over time. The total cost of a trip through the congestion zone would then be the sum of different costs of the streets a driver is passing through. But, apart from being impractical, such a pricing scheme would likely jeopardize the fundamental idea: the congestion would reduce if drivers choose less busy roads for their trips, which they cannot do objectively as the prices are constantly changing.

A simple yet effective variable-rate pricing scheme can be created by setting just a few different prices for all roads in the congestion zone, reflecting overall traffic patterns throughout the day. For example, the lowest price for driving during the night, the highest price during morning and afternoon rush hours, and something in between for day drives between rush hours. Lower prices may also be set for less busy weekend days or holidays.

While it may not be immediately apparent, the variable-rate road price must be expressed in terms of cost per kilometer or cost per minute of use. That way, the total cost of a trip through the congestion zone would be proportional to the vehicle's real contribution to congestion. Note that the existing congestion charging schemes in London, Milano, Rome, Stockholm, and other cities without exception charge driver an equal lump sum for entering the congestion zone regardless if she/he drove only 100 meters or 100 kilometers within the zone.

Technology glitch and the solution

A bit unexpected, but measuring the total time or distance that the driver made within the congestion zone is technically quite complicated. The enabling GNSS (GPS/GLONASS/GALILEO) vehicle tracking technology suffers from the lack of required accuracy, as Amelsfort and Swedish pointed out in their 2015 guide that "[GNSS solutions] cannot always provide the geographic accuracy that is needed."

This inherent GNSS lack of accuracy, however, can be solved almost perfectly. We've described the problem and the solution in detail in our two earlier blog posts (part 1 and part 2) about the so-called "high-accuracy trajectory reconstruction from sparse GNSS probes." This technology is built right at the heart of the Mireo SpaceTime framework.

Besides highly accurate trip information, Mireo SpaceTime provides other relevant details for the congestion charge, so let's visualize this data:

Blue polygon is an imaginary congestion charging zone. The journey starts outside the zone and enters the zone at the highest price time. After 3 km, while driving inside the zone, the congestion price changes to mid-price. The mid-priced part of the journey continues for about 2.8 km and then exits the zone.

Being a framework for large-scale spatiotemporal data analysis, Mireo SpaceTime also enables detailed analysis of travel times, congested zones, origin/destination patterns, and many more, all of which are essential for setting the correct variable-rate congestion prices.

We've been involved in early discussions with the Milan city authorities about implementing variable-rate congestion charging that uses GNSS-based tracking technology. The pricing scheme in Milan is supposed to be based on the principles described above, putting Milan at the forefront of cities implementing a form of congestion charging policy to reduce congestion, pollution, make city centers more attractive for pedestrians and cyclists, and generally increase the quality of life.

We'd also like to point out that we believe there should be no more technological barriers that would prevent the implementation of Vickrey's congestion charging scheme in its complete form. It took almost 70 years of research and experiments to reach this point. Still, we hope that implementations of variable-rate congestion schemes will now continue at full speed, dramatically improving life quality all around the World.